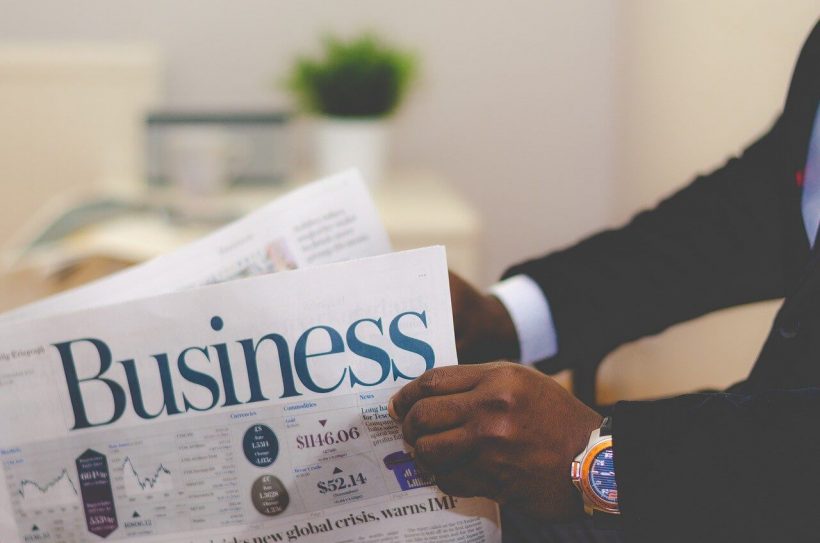 Due to the COVID-19 pandemic that caused chaos worldwide, this year has not been the best for everyone globally, and that includes companies. Despite that, company statistics show that over 6 million companies are registered in the UK, which is quite impressive.

That said, from these statistics, you will see just how big of an influence companies have on the UK economy and employment.

At the start of 2020, there were 6 million registered companies in the UK’s private business sector. If we look at previous business industry statistics in the UK, this shows a 1.9% increase from 2019, which translates to an addition of over 113,000 businesses.

Recent company size statistics from 2020 shows that out of 6 million businesses in 2020, 5.94 million were small enterprises. Furthermore, medium-sized companies accounted for 36,100 of the private business sector, and 7,800 were large companies.

According to company statistics, each year, there is an increase in VAT or PAYE-based companies in the UK. That said, in 2020, there were 3.21 million companies registered for VAT/PAYE, which is 600,000 more compared to 2012.

4. Sole proprietorships are the most common legal form of businesses.

According to recent UK company data, at the beginning of 2020, the UK business private sector had 3.5 million sole proprietorships, which comprised 59% of the UK’s private business sector population. Furthermore, 34% were actively trading companies, and 7% were ordinary partnerships.

According to company website statistics in the UK, a lot of businesses with ten or more employees have a website in 2019. This percentage has been steadily increasing since 2007 when only 70% of companies have a website. It seems firms don’t want to miss out on the potential earnings you can get from having a solid online presence.

In the fourth quarter of 2020, approximately 26.8 million people work in the UK private business sector. However, because of the COVID-19 pandemic that hit the UK hard, over 500,000 workers lost their jobs.

According to company stats, out of 6 million companies in the UK private business sector, only 1.4 million has employees. That leaves 76% or 4.6 million of UK companies that do not employ anyone else aside from their owner. These company employee statistics can’t be surprising, considering that 99% of businesses in the UK private sector are small-sized.

In 2020, around 27 million people were employed in the UK’s private business sector. Furthermore, large companies were responsible for over a third of all those jobs.

Startup Company Statistics in the UK

The latest available statistics show that 390,230 new businesses were started in 2019. Interestingly, the same year recorded over 335,940 business deaths, according to business statistics.

11. London has the highest business startup rate in the UK.

Since London is the UK’s capital, the fact that London has the highest business startup rate does not come as a surprise. Specifically, new company data shows that London has 105 startups per 10,000 citizens, which is pretty high compared to the rest of the country.

12. Sunderland has the lowest business startup rate in the UK.

13. London has the highest business birth and death rate.

14. 25% of small and medium-sized businesses are in real estate.

Some of the most profitable small businesses are in the real estate industry. According to real estate company statistics, a quarter of all small and medium-sized business enterprises are in real estate.

15. The highest number of companies in the UK private business sector are construction companies.

16. The professional, scientific, and technical sector has the most number of VAT or PAYE-based businesses.

According to fundamental company data in 2020, 467,000 enterprises in the professional, scientific, and technical sectors are VAT or PAYE-based, which is the most out of any other sector. The construction sector comes next, with 351,000 VAT or PAYE-based enterprises.

17. There are 95 crude petroleum and natural gas extraction companies in the UK with only 0-4 employees.

Based on oil company statistics, over 150 oil companies in the UK are VAT or PAYE-based. However, when it comes to employment size, only 95 companies have 0-4 employees, and 15 others have over 250 employees.

According to tobacco company statistics, back in 2018, nearly 1,900 specialised stores were selling tobacco in the UK. The number of stores that sell tobacco has been declining over the years. In comparison, back in 2005, there were over 30,000 tobacco specialised stores.

This can be attributed to the declining tobacco sales as seen in tobacco company sales statistics over the years. Another factor is the UK’s laws to limit tobacco use, such as banning tobacco displays in shops and banning menthol cigarettes.

Although IT industry statistics in the UK show that the sector has made over £2.565 billion in revenue, there is still a decline of 0.7% compared to Q1 of 2019. But not to worry, since revenue is usually higher in the fourth quarter of each year.

Company Financial Statistics in the UK

21. The largest company in the UK based on revenue is British Petroleum.

In second place is the British bank HSBC, with $98.67 billion in revenue, and in third place is the financial company Prudential, with an income of $93.74 billion.

23. Toyota is the largest company listed on the London Stock Exchange based on market capitalisation.

Among the largest companies in the UK, the Japanese carmaker Toyota ranks first on the London Stock Exchange with a market cap of £180.32 billion. In addition, other companies that make the top three on the list are the US company Boeing Co. and Royal Dutch Shell Plc.

24. The largest bank company in the UK based on market cap is HSBC Holdings plc.

25. Based on market capitalisation, the most prominent company worldwide is Apple.

26. Walmart is the company with the most employees worldwide.

When it comes to the number of employees by company size, Walmart has approximately 2.2 million employees as of 2019, making Walmart the company with the most employees worldwide.

Interestingly, outside of the US and the UK, Walmart has the most employees in Mexico and China, with 176,000 and 90,000 employees, respectively.

27. Ranked by revenue, Walmart is the wealthiest company worldwide.

According to company revenue data, with a revenue of over $523.96 billion, Walmart is the wealthiest company in the world. Right behind Walmart are company giants such as Sinopec, State Grid, China National Petroleum, and Royal Dutch Shell.

28. Marriott International tops the list of the largest hotel companies and REITs worldwide.

29. 44% of US small businesses have never had insurance.

Company trends show that almost a third of small businesses in the US experience some incident that later led to an insurance claim. Despite this, nearly half of US small businesses have been operating for over a year without insurance.

According to company accident statistics, there are 340 million yearly accidents in workplaces around the world. When it comes to work-related illnesses, there are 160 million recorded yearly. Of these accidents and illnesses, 2.3 million are fatal, corresponding to more than 6,000 deaths each day.

Company statistics in the UK show that the number of people starting their own companies is increasing year over year. The UK unemployment rate has increased in 2020 due to the COVID-19 pandemic. However, people really showed their ingenuity and resilience, and that’s why new businesses were still popping up last year.

Hopefully, these statistics helped you understand the business population better and help your company thrive forward.

What are company statistics?

How can statistics be used in business?

What is the scope of business statistics?

Statistical data is a crucial part of every company or business plan. With statistical analyses, you can solve economic problems, including salary, price, and time analyses. However, industry statistics are a great way to predict and forecast the economic changes in the industry that the company is in.

What are the limitations of business statistics?

When not used correctly, these statistics can do significant damage to a company. That’s why companies prefer to have experienced executive managers who have a fundamental knowledge of statistical data, interpret given information, and use company statistics for the benefit of the company.