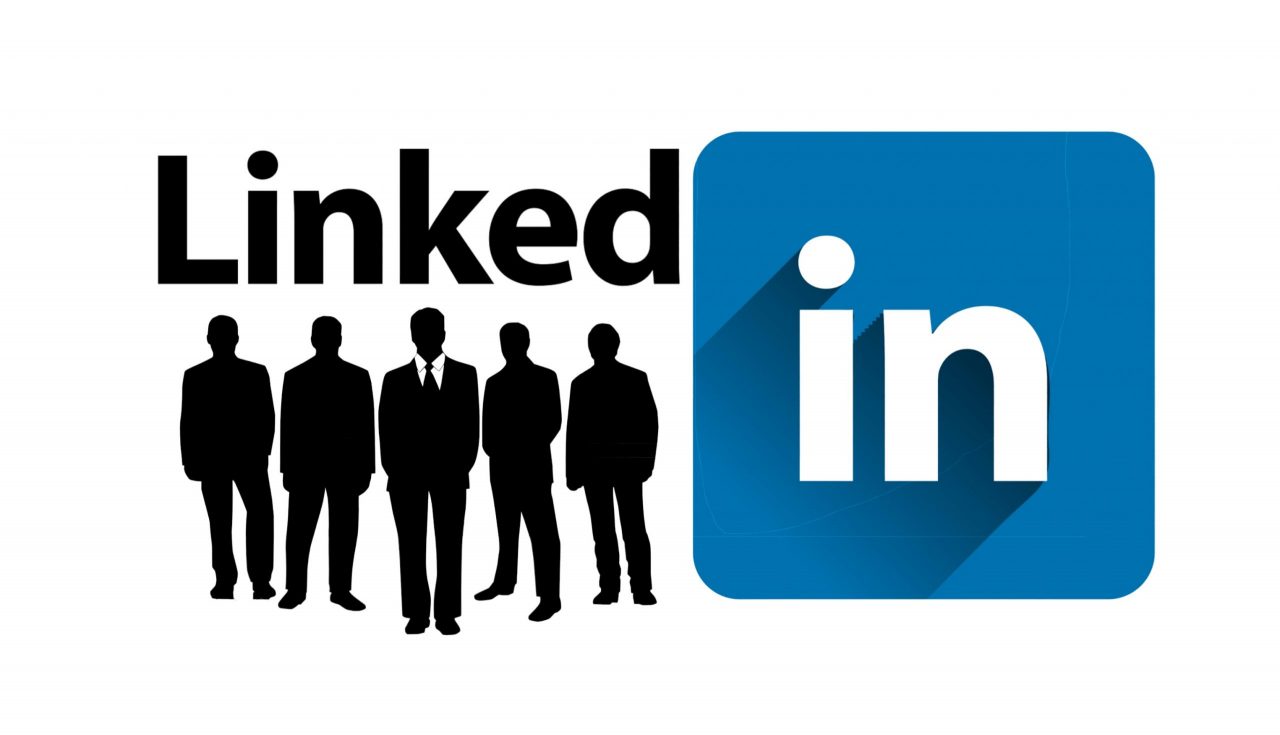 Social platforms have taken over the world, and more and more people are devoting their time to scrolling, sharing, and making virtual friends. However, LinkedIn statistics show that LinkedIn offers a different perspective on social media, which is why it has become an integral tool for job seekers, recruiters, businesses, and professionals.

Whether you’re new to LinkedIn or you’ve been there since the start of the social media snowstorm, you’ll be surprised with the scope and reach of the platform.

Here are some statistics to help you find out more and decide whether it’s time you jumped on the bandwagon.

How Many People Are On LinkedIn?

1. There are currently around 722 million LinkedIn users across the world.

The number of global LinkedIn users has hit 722 million. The USA has the highest number of LinkedIn members, with 170 million people signed up. LinkedIn stats in the UK show that the nation is the fifth most connected country with 29 million users, right behind India, China, and Brazil. The number of members has increased by more than 162 million since 2017.

2. 87 million is the number of LinkedIn users who are millennials.

Millennials are the main target of recruiters and top businesses, so they’re more likely to use social media to find jobs than previous generations. There are currently 87 million millennials registered with LinkedIn. An impressive 24% of 18–24-year-olds have a profile.

3. LinkedIn has members in 200 different countries and territories.

When looking at LinkedIn demographics, one can’t help but conclude that LinkedIn’s reach is staggering. The network has users across 200 territories and countries worldwide, making it a universal tool for professional connections.

4. LinkedIn has over 300 million monthly users, with 40% of them using the site daily.

Less than half of LinkedIn’s 660 million users use the site every month, while 40% check their messages or view profiles every day.

12. Over 75% of people who have recently changed jobs used LinkedIn to help them find a new position.

Social and professional networks are growing in stature, and more and more web users are using LinkedIn to help them find work through job adverts and research on prospective employees. More than 75% of people who have recently changed jobs used LinkedIn to inform others about their decision.

13. 91% of recruiters regularly use LinkedIn.

Recruiters are certainly a significant part of the LinkedIn target audience, with 91% regularly using the platform to locate talent and find out more about potential candidates.

14. There are over 20 million job listings on LinkedIn.

One of the most jaw-dropping recent LinkedIn stats is the number of open job positions. There are currently over 20 million advertised roles.

15. Over 122 million people have been offered an interview as a result of being on LinkedIn.

With fierce job competition, especially concerning corporate roles, getting an interview is never plain sailing. Employers skim through applications, discarding hundreds, even thousands of applicants for the most sought-after positions. Having a profile on LinkedIn can help job seekers find positions and impress potential employers. If you’re wondering how many LinkedIn users are offered an interview, job interview statistics reveal that 122 million people have been offered an interview through LinkedIn.

16. Employees found through LinkedIn are 40% less likely to leave within six months.

One of the most enticing LinkedIn statistics for recruiters and employers is connected with retention and loyalty. Employees who are sourced through LinkedIn are 40% less likely to leave the business within the first six months.

17. Heavy job seekers spend an average of 30.3 minutes per day on LinkedIn.

LinkedIn statistics for job seekers suggest that the heavy job seeker spends around 30.3 minutes a day on the site. This is significantly higher than the general LinkedIn usage.

Job seekers looking to connect with employers may be shocked to read LinkedIn profile picture statistics and learn about the potential impact of adding a photograph to their profile. In fact, LinkedIn profile stats show that profiles with images receive 21x more views and are 36x more likely to receive messages.

19. 87% of recruiters use LinkedIn to check candidates.

This is an essential stat for LinkedIn UK users searching for a new job. Almost 90% of recruiters use LinkedIn to check prospective candidates’ credentials, underlining the importance of a professional, up to date profile.

20. LinkedIn members who follow your company are 95% more likely to view InMail messages.

Members who follow your company are 95% more likely to accept and view InMail messages than those who don’t.

22. The response rate for LinkedIn’s InMail is 300x higher than traditional email.

InMail has a 300x higher response rate than conventional emails, making it an incredibly useful communication channel. This is also why a lot of businesses who want to advance are marketing on LinkedIn.

LinkedIn network statistics indicate that 57% of Linkedin usage is via mobile devices. This is significant for marketers, as the figure is considerably lower than for other social media platforms.

For example, Facebook’s mobile usage is an impressive 98%. One of the reasons for this trend is that LinkedIn active users are more likely to use LinkedIn during working hours, which means they might be using desktop computers.

According to recent statistics, LinkedIn posts that contain clips are more likely to attract comments. So, video content provides an effective way to garner attention and make your posts stand out from others.

25. Posts with images are twice as likely to get comments.

This is a crucial stat for UK LinkedIn users looking to make a splash. Adding an image to a post increases your chances of getting comments and encouraging interaction by an astonishing 50%.

LinkedIn marketing involves lead generation — a crucial part of the marketing and sales funnel. The more leads you create and the higher the quality of those prospects, the better your conversion chances. In one of the most startling LinkedIn advertising facts, LinkedIn was 277% more effective for generating leads than Twitter and Facebook.

The average LinkedIn member had around 400 connections in 2019. The numbers varied significantly across sectors — members who worked in staffing and recruitment had more than 700 connections.

28. 76% of LinkedIn users listed ‘Who viewed my profile?’ as the most popular feature.

A huge number of LinkedIn users, approximately 76% of them, state that LinkedIn’s ‘Who viewed my profile?’ feature is one of the most popular and useful tools on the site.

29. There are over 1 million LinkedIn groups.

LinkedIn group statistics suggest that there are currently over 1 million groups available for members to join.

30. Bill Gates tops the most popular LinkedIn influencers list, with over 30 million followers.

Bill Gates, the philanthropic co-founder of Microsoft Corporation, tops LinkedIn members’ list with the greatest number of followers. Richard Branson, the founder of Virgin and one of the most recognisable and high-profile entrepreneurs globally, comes in second with nearly 18 million followers. Historical LinkedIn facts also show that he broke the record for becoming the first person to reach 1 million followers.

LinkedIn is one of the fastest-growing social media platforms and the most high-profile and popular professional network. It’s no wonder that LinkedIn revenue reached an all-time high of $8.05 billion in 2020.

Used by jobseekers, professionals, recruiters, businesses, and marketers, LinkedIn provides a platform for sharing and consuming content, finding talent and locating jobs, and creating an expansive network of professional contacts.

LinkedIn stats suggest that the network is becoming more extensive and integral to users’ daily lives, with increasing consumption, especially among job seekers.

Apart from providing opportunities for businesses and recruiters to connect with candidates, LinkedIn has emerged as an influential marketing platform, overtaking the likes of Twitter and Facebook.

How many users does LinkedIn have?

There is also a variation in the number of LinkedIn users by industry. The information technology and services industry makes it to the top of the list, with 10.9% of users in that sector. Other industries on the list include hospitals and healthcare, construction, education management, retail, financial services, accounting, computer software, automotive, and higher education.

How many recruiters use LinkedIn?

Although there are many job seekers on LinkedIn, recruiters also use the platform to recruit new talent. In fact, statistics show that 40% of employees found through LinkedIn are less likely to leave the company within six months.

The latest LinkedIn data show that 87% of recruiters or talent scouts regularly use LinkedIn, so it’s not entirely surprising that it offers over 20 million job openings.

According to a study, 122 million LinkedIn users received a job interview, while 35.5 million were hired by someone they met through the site.

How many millennials are on LinkedIn?

Since recruiters and businesses often target millennials, they tend to use social media for job searching and networking more than other generations. Currently, LinkedIn trends show a total of 87 million millennials registered on LinkedIn. This means that they make up at least 38% of LinkedIn’s user base.

Globally, there are 2 billion millennials. Although millennials are predicted to be outnumbered anytime soon, they are perceived as more career-oriented, creative, and tech-savvy than previous generations. So, there is a good chance their numbers on LinkedIn will continue to rise.

What age group uses LinkedIn the most?

According to a recent survey conducted in October 2020, the age group that makes up a huge portion of LinkedIn users is the one consisting of individuals aged 25–34 years old. They make up 59.9% of LinkedIn users. They certainly see the value of LinkedIn B2B marketing, job searching, lead generation, networking, and more.

Is LinkedIn still relevant in 2020?

Many people have been wondering if LinkedIn’s lack of design and the hard-to-navigate platform has affected its relevance. It may be harder to build solid connections on LinkedIn now due to its higher user count, but the latest LinkedIn statistics don’t lie — LinkedIn is still as relevant as ever, if not more.

With 722 million users spread across 200 countries and regions, 300 million monthly active users (40% of which use the site daily), and 87% of recruiters using LinkedIn for talent acquisition, LinkedIn’s relevance is more than obvious.