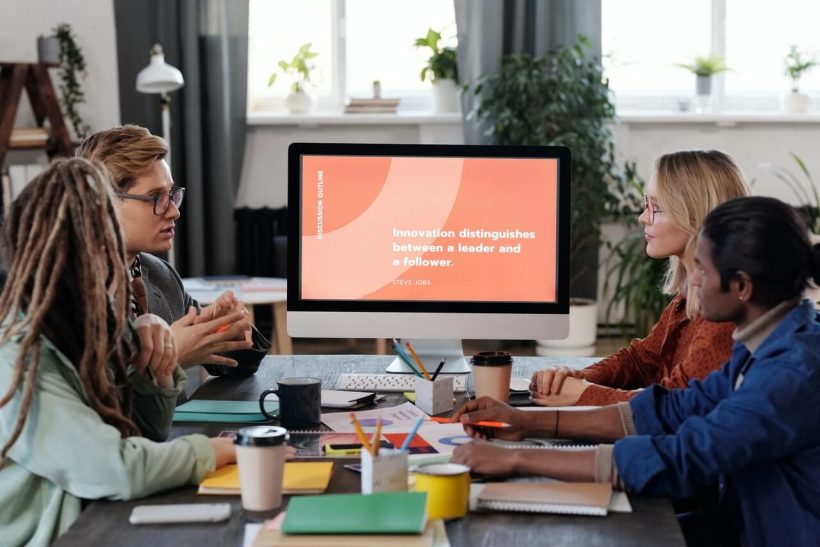 According to the latest employee theft statistics, 75% of workers have stolen from their employers at least once. So, it comes as no surprise that many managers go as far as to order 20% more inventory to account for employee theft.

You don’t believe us? We’ll show you the numbers, and then you can decide on your own whether or not you should work on the surveillance mechanisms of your business. If you don’t own a business, perhaps these statistics will still open your eyes to the severity of employee theft.

Statistics on Employee Theft in the Workplace (Editor’s Picks)

Employee theft is more common than you think. As such, businesses lose millions each year due to undiscovered thefts by their workers or other types of occupational fraud.

1. Businesses in the UK lose around £190 million every year due to employee theft.

Experts came up with various typologies to differentiate types of theft. The most common thefts are inventory theft, data theft, and cash theft. Time theft, payroll theft, as well as theft of services, are also pretty frequent.

According to UK statistics, employee theft cases for 2019/2020 are lower than in previous years. In fact, up until three years ago, there were over 10,000 reported cases. The highest number of reports in the 2000s was in 2003/2004 when organisations disclosed 17,530 instances of employee theft.

3. 1 in 4 workers confesses to exaggerating the time they spent working at least 75% of the time.

Employee time theft statistics are another critical aspect of this article. To put it simply, time theft presents a situation where a worker bills their employer for a time they did not spend working. Buddy punching, taking long breaks, starting later, and finishing earlier are some of the ways employees can commit time theft. It can cost companies billions each year.

In this section, we will cover a broader spectrum of employee theft in the workplace: occupational fraud. We thought we’d include this since it is crucial when looking at employee theft. Also, every employer needs to know that theft goes way beyond an employee taking the company’s money or merchandise.

Of the £190 million a year that fraud costs UK businesses, 40% of that are caused by employees. Among the many types of employee fraud, payroll fraud is the most common, along with stealing company data and falsifying expenses. That’s why it’s so important to run background checks in finance jobs in London and the rest of the UK.

5. A fraud case usually lasts around 14 months before it gets discovered.

According to employee theft statistics, it takes about 14 months before a case of fraud is discovered. This is because to keep operations going, employers often try to keep it under wraps when they find out that an employee has been stealing.

In fact, company trends show that around 46% of organisations refuse to report their theft cases to the authorities. If you’re in the same situation, there are many things you can do without involving the police.

Firstly, it is best to contact your lawyer to find out what employee disciplinary measures you can take. Then, you should call your insurance agency to check whether they can reimburse you for the damages, which is quite common in employee theft cases.

7. 12% of occupational fraud is committed by the executive or upper management.

The highest number of employee theft cases come from the operations department, and it constitutes around 15% of total employee fraud cases. Then, accounting comes in second with 14%. Lastly, sales are another common department that commits fraud. They make up 11% of total theft cases by employees.

The average cost of employee theft is higher than you might think. The type of fraud that occurs most frequently is asset misappropriation. Asset misappropriation can go from stealing pens from the office to literally taking cash from a register. It happens frequently and can have dire effects on a company’s losses.

9. Organisations lose around 5% of their revenue each year to employee fraud.

Employee theft statistics in 2020 show that companies lose so much of their profit due to undetected employee fraud. According to the study conducted by the Association of Certified Board Examiners, the median loss per case last year was around $125,000.

Amazingly, around half of the tips employers receive are from employees! Additionally, 33% of the tips are usually made by phone call or email.

11. 26% of employees that committed fraud are facing financial difficulties.

Money is the most logical reason why employees steal. But, employee theft statistics show us something that’s quite unexpected. That is, around 42% of employees that commit fraud in their workplace were living beyond their means at that time.

12. 40% of employees who commit fraud do so by creating fake physical documents.

As one of the sectors that first comes to our mind when we think about employee theft due to their inventory size, we believe it’s only natural to dedicate a special section of this article to retail theft.

13. 22% of retail shrinkage in the UK is caused by employee theft.

As most retailers don’t report theft by their employees to authorities, retail employee theft statistics don’t always depict the actual numbers. Still, we found that in 2019, around £1.3 billion in the UK retail industry was lost as a direct result of employee theft. The total inventory loss in the UK that year was nearly £5.5 billion.

14. 15% of workers actually needed the stolen object or money.

According to statistics on employee theft, only 1 in 6 employees that stole from their retail employer needed the object or the money earned from it. In most cases, workers steal because they are too lazy to purchase an object on their own, which happens with almost 30% of workers. Moreover, 24% of people steal just because they can get away with it.

15. Job dissatisfaction and frustration is the reason why 12% of retail employees steal.

Did you know that only 17% of Britons love their jobs? Well, job dissatisfaction is another major cause of employee theft. Moreover, in 13% of cases, employee theft in the workplace happens because workers simply want an object they stole. About 7% of employees have an actual problem—they are addicted to stealing.

16. Over $136 million was recovered by large retailers from dishonest employees and shoplifters in 2019.

After apprehending these thieves, the 21 large retail companies in the US were able to recover a lot of the assets stolen. In 2018, this amount was almost 8% lower.

In general, cybersecurity and good surveillance mechanisms are becoming increasingly important. That’s because data theft is more common than ever.

17. Employees cause data breaches in 66% of situations.

Whether it’s due to negligence or with a bad intention, most data breaches in today’s organisations are caused by their own workers. Other common reasons for data breaches are external factors, which are to blame in 18% of cases, and social engineering, which happens in 3% of situations.

Did you expect this percentage to be higher? Well, theft of data by an employee is more common for those who want to harm the company than those who do it for financial gain. That being said, around 30% of employees steal data to harm the organisation they are working for.

20. In the UK, 45% of employees would consider stealing corporate data.

When it comes to employee data theft, the UK situation is not looking too good. Besides the fact that many employees wouldn’t have a problem with stealing an organisation’s data, almost 60% of employees already took some information from the company’s network or devices.

The latest available data show that employee data theft is a big concern for a large number of IT leaders. As a matter of fact, around 95% of IT employers are aware that insider threats are a real risk for their company. Also, more than 60% of them said that they believe their employees have already put their sensitive corporate data at risk on purpose.

22. 38% of organisations believe that the greatest damage an internal data breach can cause is reputational.

An organisations’ reputation takes the biggest hit after a data breach. In addition, 27% of organisations suffer financial losses while about 12% lose their customers.

Employee Theft in the Workplace —

Now you know how big of a threat employee theft is. Aside from the actual act of stealing money or inventory, we mentioned other types of occupational fraud companies should also be on the lookout for. Besides the direct consequences, employee theft can also cause issues with the law.

Thankfully, the ruling of the UK Supreme Court in 2020 provides some comfort in case employees commit serious illegal acts in the workplace while pursuing their own interests for which they weren’t authorised by their employers. However, this ruling doesn’t fully protect employers from employee theft, so prevention is always best.

How common is employee theft?

Studies were not able to find out the exact reasons why that happens. However, many experts believe that the lack of a proper security system is to blame for a larger number of employee thefts in smaller companies.

What percentage of employees steal?

Around 75% of the nearly 32 million employed people in 2019 resorted to theft at their workplace at least once. That means that employee theft is really quite prevalent and a cause for concern. Moreover, stealing is more common in smaller businesses. With almost 6 million SMEs in the UK, you probably have or know someone that has a smaller company.

Our advice in preventing employee theft is to put up good quality surveillance and security systems. Furthermore, protecting your data as well as keeping track of employee work hours would help reduce time and data theft in your company.

How do you detect employee theft?

Did you know that around 12% of workers don’t even try to hide their fraudulent activities? So, in some instances, it ideally shouldn’t be too hard to detect workplace fraud.

Most experts advise employers to watch out for any unusual activities in the firm. For example, if you notice that your inventory has been missing for a few months in a row or that cash amounts don’t add up, you should look into it.

Also, keeping track of employee behaviours is another critical way to detect employee theft. This includes watching out for their lifestyle, mood swings, and unusual behaviour. However, make sure not to accuse anyone without proof because there are many reasons why people can start acting differently.

How do you control employee theft?

In order to control employee theft, you should always be on top of everything. Moreover, it doesn’t hurt to have a few trusted employees that can keep track of other workers when you’re not able to do that yourself.

In addition, we advise you to invest in cybersecurity and surveillance measures. You should also double-check all of the numbers, accounts, receipts, and checks.

Furthermore, as employee theft statistics prove that most theft reports were filled by coworkers, we think it’s good to have anonymous threat report systems in place so your employees can report their coworkers if they notice something suspicious. It goes without saying that you should take every report with a grain of salt.